Heroin Use on the Rise in Folsom: 5 Arrested!

Home /Feature, Folsom, Police & Fire/Heroin Use on the Rise in Folsom: 5 Arrested!

On the 11th of February, Folsom Police investigators witnessed a suspected narcotics deal near Oak Chan Elementary. Officers conducted a vehicle stop of the suspects and ultimately arrested Shaun Alan Meyers, 22, and Justin David Bolton, 22, both of Folsom. Heroin and diverted prescription Opiates were seized and the suspects were booked into the Sacramento County Jail for Transportation with Intent to Distribute Narcotics, Conspiracy to Distribute Narcotics, Possession of Prescription Narcotics.

Later, during a probation search on Casselman Drive in Folsom, investigators located 20.5 grams of Heroin and 47 diverted prescription depressants. Hiram Kevin Walker, 21, of Folsom was arrested for Possession with Intent to Distribute Narcotics and Possession of Prescription Narcotics. Walker was also booked into the Sacramento County Jail and is ineligible for bail.

Heroin is derived from Opium. Pharmaceutical Opiates are used to relieve moderate to extreme pain and are often diverted for illicit use.

Detective Lou Wright said investigators have witnessed a rapid transition in Folsom from prescription Opiate abuse to full scale Heroin abuse. Detective Wright said a move from prescriptions to street drugs in understandable because a diverted prescription pill costs $80 on the streets while a dose of Heroin costs $10. He said Walker had approximately $2100 of Heroin in his possession at the time of his arrest.

Addiction to opiates is a difficult problem to overcome. There are many different types of rehabilitation programs, that vary in effectiveness and safety. Each type of program has its own suitabilities, but generally, medical withdrawal from opiates is the safer option. 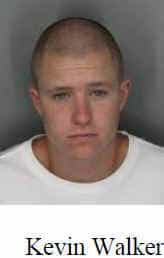 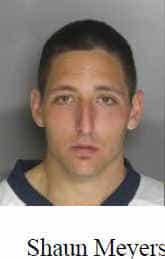