Parents Arrested for Child Endangerment and Causing a Fire 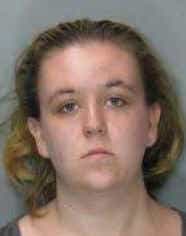 Early Saturday morning the Folsom Police Department responded to a trailer park community located at 701 Oakdale Street, near Folsom Blvd and Natoma Street in Folsom. Callers reported that a trailer in the complex was on fire, and there were still children present inside the residence.

Folsom Fire Department and Sacramento Metropolitan Fire Districts arrived on scene to extinguish the fire and investigate its origin. The fast actions of a brave neighbor prevented tragedy when he located the couple’s two pre-toddler children inside the home prior to emergency services arriving.

Officers assisting the fire personnel recognized that one of the adult residents, Matthew Scott Muir, 34 years of age, was exhibiting signs and symptoms consistent with drug influence. After an evaluation of Muir, he was cited and released at the scene for being under the influence of a controlled substance. Muir and his partner, Brittany Faulkner, 21 years of age, as well as their two children were transported by paramedics to area hospitals for treatment related to the fire. 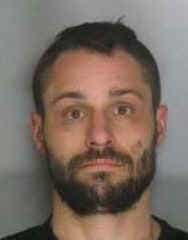 Later in the afternoon, Muir and Faulker returned to their home as fire and police personnel finished the investigation. Based on police and fire investigators findings, Muir and Faulkner were arrested for Child Endangerment and felony Recklessly Causing a Fire to an Inhabited Structure.

Muir and Faulker were transported to the Sacramento County Jail and are being held in lieu of $60,000 and $50,000 bails respectively.

Heroin Use on the Rise in Folsom: 5 Arrested!
Vehicle Accident Injures Three