A bicyclist who was injured while riding along a Folsom trail has died today.

Folsom Police were notified yesterday around 10:29 AM, that an bicyclist was injured on the paved bike trail near the intersection of Empire Ranch Road and East Natoma Street. On arrival, police officers found a 71 year old man near a trail bridge approximately 100 yards from the roadway. Folsom Fire personnel arrived within minutes and treated the victim before transporting him to a Roseville hospital. The man died a short time later.

The man was riding with two other bicyclists. The three cyclists met using an online social site. They assembled at a Folsom coffee shop before setting out on their ride. According to the two other cyclists, they had been riding for about ten miles when they noticed the victim lagging behind. They turned around to check on him and discovered him down next to the path.

Another passerby used a cellular phone to call 911. 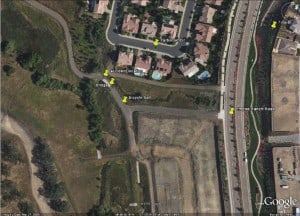 It remains unclear how the man crashed.

The dead man was identified by the Placer County Sheriff’s Office as James Cramer, 71, of Sacramento. The Folsom Police Department is conducting an investigation into his death.

Anyone with information about this incident is asked to contact the police department at (916) 355-7231.

Don’t Get Taken by the Car Dealer
Art for Children : Let the Masters Be Our Model