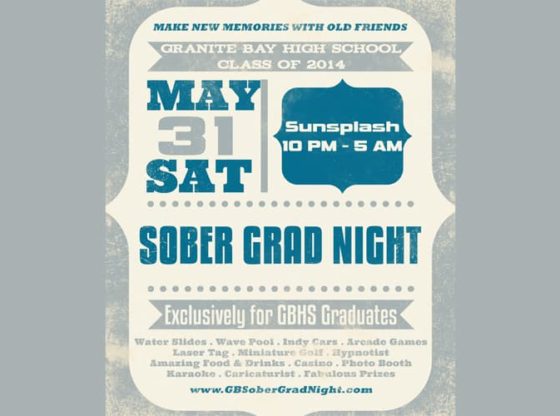 “Sober Grad Night is awesome,“ Dutch Bros. Granite Bay owner Brian Place. “We are pleased to help celebrate young people as they prepare for the next stage of their lives and help the community keep them safe.”

Sober Grad Night aims to provide high school seniors with fun activities on the night of graduation as an alternative to drinking. Graduation night across the nation has proven to be one of the most dangerous times of a young person’s life, due in great part to the presence of alcohol and drugs.

“Since the CHP established Sober Grad Night in 1985, the number of young drivers involved in alcohol related collisions during the month of June has declined dramatically,” said Nina Snow teacher at Granite Bay High School. “We appreciate community support of this worthwhile event with partners such as Dutch Bros. – Granite Bay.”

Dutch Bros. at Granite Bay is locally owned and operated by a husband-and-wife team, Brian and Mattie Place.

Dutch Bros. Coffee, ranked by J.D. Power and Associates as highest in customer satisfaction compared to other coffee companies in its 2012 and 2013 Specialty Coffee Retailer Satisfaction Reports, is the country’s largest privately held, drive-through coffee company, with over 200 locations and over 2,000 employees in seven states.