Vote Folsom, Or Shush Up!

Home /Folsom/Vote Folsom, Or Shush Up! 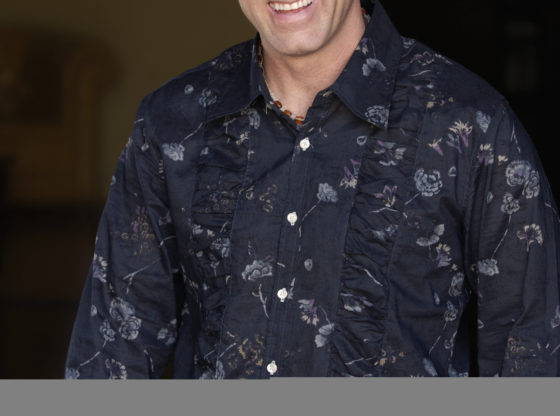 I am getting more emails from Californians and folks I know are stopping me in stores to declare what they think about the way the country is being run more than ever before this election season. It’s almost like candidates came up with this new idea to hire their voters and send them around to be their interactive political signs. However, they are not always easy to spot because the screaming and shoving has extended beyond those wearing colonial clothes. No longer can a three-point hat act like a warning beacon.

Here is where it is different in this election. There was a time when someone would give you their opinion and IF you did not like it, you could say, “Hey, I don’t agree with you,” and both people would stop talking about that subject; they could agree to disagree. This is why there has been a standing rule among friends … don’t talk politics and religion, unless you know you share the same views, or you can remain civil. However, “No means No” works in this kind of situation, or so it should.

Here’s an additional rub. Most of the time when I have a conversation with folks about politics where they have strong opinions, they are NOT even registered to VOTE and in most cases they won’t even vote. I’m not going to go into the reasons I have heard for this countrywide disease. I don’t like to harbor excuses, as Americans we just like action.

Of course the media circus doesn’t help. I read the stories written by the reporters for the facts they want us to know. Then I read the blogs to see what the truth of the matter is about what the people think. Because that is the key to the solution, what people outside the media think.

Sometimes it makes me sad when I read what folks write back to other folks. Four letter words that have nothing to do with solving anything. The only 4 letter word we want right now is VOTE.

Remember, YOU wanted to stand behind that party the day you decided to register that way. The definition of why you are the party you are is based on the fact that you believe in what the PARTY stands for, through thick and thin, that’s why you bought the T-shirt, bummer sticker, etc… You have to believe that the person picked to represent that party holds the same values, beliefs, and goals for our country than you do. If you are not happy with either party, start your own, but then you run the risk of becoming what you loath, a politician.

Will Rogers On Politics

Will Rogers used to say, (Paraphrasing) “If politics was honest, it would not be politics.” History has shown how effective starting your own party has been, unless it is a tailgating party. Maybe the politicians would have been better off throwing Town hall Tailgating parties instead of campaign rallies. We would get fed, pumped up and in the end we could leave the politicians to clean up all the litter.

But all kidding aside, if our country’s government does not work for you, then you can move to a country where they hold your beliefs and will allow you to live in the same freedom we have here in the USA. But good luck on that one.

Things Are Bad, But You’re Not Voting?

I hear a lot of folks talk about how bad things are and in the same breath they say they will not vote based on who the 2 candidates are. I can only assume this must mean you already have your bags packed and your plane ticket in hand to move to that other country you think works better than the USA. I will tell you though that they might ask you to vote as well. Only they might not barrage you with Campaign ads to get your vote, more a barrage of bullets and bullying. NOT voting is not a protest, but it is simply ignorant, and selfish.

PLEASE don’t take what I am saying wrong, take it as a challenge to look deep inside your RED, white (Not as in the race of people) and BLUE heart and figure what you benefit by not voting. Is it … The right to object at a later date and say “I told you so,” and then not have a way of changing things because you just don’t participate when folks don’t agree with you.

Our country is made up of standing behind somebody, otherwise we stand-alone. Trust me, this trickles over to your personal life. PLEASE take a look and see what you can find in the candidate that is finally picked, that moves even ONE thing in the direction we all want … FORWARD.

Get Out And Vote!

I have spent the last few days telling folks that they must get out and vote. However, I don’t know how folks could forget. I have had 20 robo calls in the last 4 hours. I feel like a pizza parlor. I tried to talk to some of these robo people, but they are … robo … people. It is very frustrating when some of the same people (Robots) call you over and over and you can’t talk to them. They say that in advertising it takes 9 times to drive home the point and I say it only takes 3 to drive you crazy.

Election Day is a great day to be American, so proudly show it off… Oh, if you want to pick these Fine Americans out of a crowd, it’s easy. They are the ones with a sticker proudly displayed on their chest that says… I VOTED! The others that didn’t VOTE will be sitting quietly on the sidelines with their mouths closed for the next 4 years, right? Right?

Hey folks my new book is OUT! A Crackpot’s Potshot at American Politics
by Will Roberts
Will Roberts has retained the wit and country mannerisms of Will Rogers, both on stage and in his writings. The daily articles on world events and politics are as typical of our times as Rogers’s daily sayings and Sunday articles of his day. I know you will enjoy the way Roberts has kept the legacy of a great journalist, skilled roper, actor, and an American icon in his writings today.Doris Coke Lane Meyer, Grand-niece of Will Rogers
152 pages – $11.99 (paperback)

“In this modern day and age America’s newest slogan is: Mom, apple pie and high-speed Internet. They say you can live two weeks without food, a day or so without water but take someone’s smart phone away, and that person won’t last five minutes.” – Will Roberts

This story was first published at NewsBlaze “VOTE Or Sush Up!“