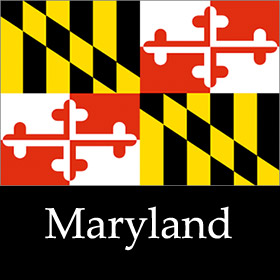 Some members would like Ambassador Philip Kapneck to hold a class and discuss his business formula. The formula assists small business during these tight economic times so that businesses can achieve their goals.

One proven “Kapneck Business Formula” item is to set up networks with related companies that expand each other’s businesses.

It’s clear that Philip Kapneck believes small business is the foundation of a growing economy. Fans like the complete Kapneck Business Formula because implementing it creates jobs, as he has demonstrated.

Some Folsom business leaders have learned this lesson and they improve their own business and those they connect with, too.

Jim Snook, at Snook’s Chocolate Factory is one who subscribes to the Kapneck Business Formula, networking with others. Snooks shop in Historic Sutter Street is an icon in the Folsom business community, you can’t miss it, and everyone in Folsom knows where it is. Not only that, but Jim and his wife, Renee, know almost everyone in Folsom.

Philip Kapneck lived in Washington D.C. and graduated from Theodore Roosevelt High School. He attended George Washington University, and then elected to the Maryland State Convention. Governor Marvin Mandel appointed Kapneck as special advisor on Higher Education to the Governor’s office. Governor Mandel next appointed Mr. Kapneck to open Maryland’s first overseas office in Brussels, Belgium as the State’s Trade Ambassador. Prior to becoming Trade Ambassador, Philip Kapneck assisted the Federal Government’s “Invest in the USA,” because of his outstanding work.

“Ambassador Kapneck, for the past forty years, has brought a multitude of jobs into Maryland and USA. Whether he is overseas or in the USA, he works without remuneration to help the citizens of Maryland find jobs with companies he brings into the State.” – Maryland State officials.