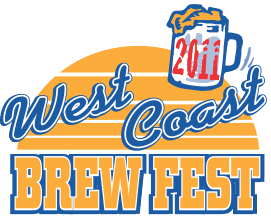 Friends and Beer Lovers! Planning for the West Coast Brew Fest 2011 is well under way and we wanted to share some news with you…  Tickets are on sale now for VIP and General Admission.

General Admission tickets are going on sale early! Originally scheduled for going on sale March 15, they will now go on sale tomorrow, February 23rd. Only $30 prepay and $40 on site for another great day of Tokenless Microbrew Tasting featuring the live music of Mother Mayhem!

So get your tickets early, they are guaranteed to sell out and Save the Date for May 21st, 2011 — the 12th Annual West Coast Brew Fest! http://www.westcoastbrewfest.com