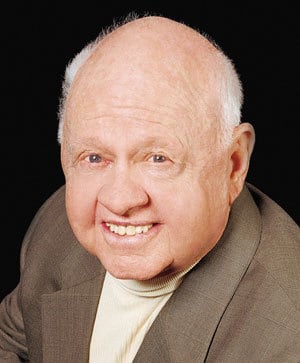 American Visions Galleries, in Granite Bay and Folsom, announces two eveningswith Mickey Rooney, the only person in history to appear in films in ten decades.

On Friday, November 5, Mickey and has wife Jan will appear at a catered dinner at American Visions’ new gallery at Quarry Ponds on Douglas Boulevard in Granite Bay. Guests will dine with Mickey, he and Jan will do some entertaining, he’l tell stories about Hollywood’ s Golden Age, and each guest will have a chance to be photographed with Mickey and will receive a signed and matted still from one of his films.

They will also see footage from a new reality series, “ Mickey Rooney’s Hollywood” that is in the works. Friday’ s event begins with a ribbon cutting for the new gallery at 6 pm.

Appetizers and conversation will be followed by dinner and the evening’ s entertainment.

On Saturday, November 6, Mickey will visit American Visions Gallery in the historic district of Folsom. Posters and photographs from his 85-year career will be available for purchase and Mickey’ s autograph. This event is free and open to the public. It begins at 4:00 p.m. Valet parking is available. The gallery is located at 718 Sutter Street, in the historic section of Folsom. Call 916-351-1623 to RSVP or for more information.

Mickey Rooney has four stars on Hollywood’ s Walk of Fame: for motion pictures, radio, television, and, with Jan, live theater. He was a child star as Mickey Maguire, a teen idol and box-office gold as Andy Hardy – teaming with Judy Garland in nine pictures – and then starred in well-known Hollywood films such as Night at the Museum, The Black Stallion, and National Velvet. He has an Honorary Oscar, a Golden Globe and an Emmy.

Plan now to attend one of these two unforgettable events. 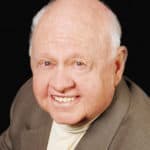