What’s In Governor Brown’s May Revision Budget For You?

Home /Feature, Folsom/What’s In Governor Brown’s May Revision Budget For You? 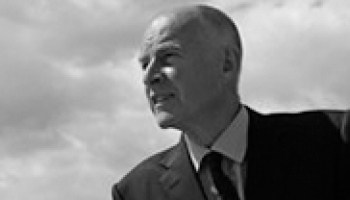 Californians may get a punch in the arm at the same time as Governor Gerry Brown tries to give the unfinancial state a shot in the arm. California’s budget, has a $10 billion “structural deficit” and while Governor Brown thinks he has a cure, others are not so sure.

Governor Brown today unveiled a revised state budget that reduces by nearly $3 billion the amount of taxes needed to balance the budget, spurs job creation through new tax incentives and pays off most of the $34.7 billion debt built up over the last decade.

“California’s economy is growing, but we still face a $10 billion structural deficit and a wall of debt for years to come,” Brown said today. “California’s finances were plunged into turmoil by the Great Recession and a decade of short-term fixes and fiscal gimmicks. This is not the time to delay or evade. This is the time to put our finances in order.”

The revised budget also downsizes state government and protects education and public safety. Since taking office in January, Brown and the legislature have cut spending by $9 billion and have taken other steps to reduce the deficit. 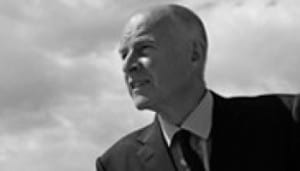 Reduce the amount of taxes required to balance the budget. Californians will pay $2 billion less in income taxes this year than proposed in the January budget.

Increase spending on K-12 education. For years, the state has shortchanged public education in order to balance the budget, forcing school districts to borrow in order to balance their budgets. The revised budget increases funds for public schools by $3 billion. Even with this new infusion of funds, California schools are still owed billions by the state.

Create a long-term strategy to address California’s Wall of Debt. California has accrued $35 billion in budgetary debt by borrowing from future generations. The May Revision lays out a plan to pay off at least $29 billion in looming state debt by 2015.

Cut state government. The revised budget eliminates 43 boards, commissions, task forces, offices and departments that represent an inefficient use of taxpayer dollars. As services are returned to the local level, the Departments of Mental Health and Alcohol and Drug Programs will be eliminated. The revised budget also proposes to merge the Healthy Families Program into the Medi-Cal program, reducing costs and creating a single health care program for low income families

Improve debt management. More than $11 billion in cash from bond sales is sitting in department accounts, where it costs taxpayers more than $700 million a year in debt service for projects that have yet to be completed, creating an unacceptable burden on taxpayers. The revised budget proposes expediting projects, moving cash out of accounts and into projects that create jobs and improve state infrastructure as taxpayers intended.

Restore honesty to the budget process. Last year’s budget underfunded the costs of both the Department of Corrections and Rehabilitation and Department of Mental Health by $465 million. The revised budget addresses the shortfalls in these departments and establishes controls to prevent future overspending.

Sell underutilized state properties. The revised budget proposes the sale of state-owned properties like the Los Angeles Coliseum, the Montclair Golf Course in Oakland, the Capital Area Development Authority in Sacramento and the Ramirez Canyon property in Southern California. These properties serve no state function and should be sold off to pay debt.

The May Revision can be found here: http://www.ebudget.ca.gov/