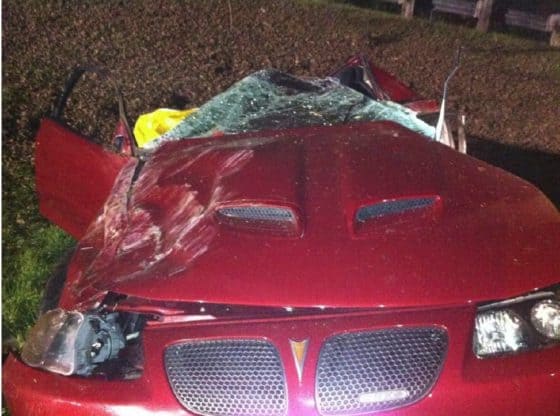 Upon arrival, officers found a 52 year old Rancho Cordova man sitting in the center divide near a severely damaged two door Pontiac Grand Prix. The conscious and alert man asked officers to provide aid to his girlfriend, who was still inside the vehicle. Inside the Pontiac paramedics found a 45 year old female improperly strapped in her seat belt. She was pronounced dead at the scene.

The driver was transported to an area hospital with serious injuries.

Witnesses told investigators the vehicle sped away from the traffic signal at Folsom Blvd and Blue Ravine Road, lost control, and spun twice before leaving the paved roadway. 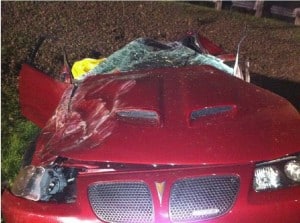 Once off the roadway the vehicle rolled at least twice before impacting a large oak tree on the driver’s side and coming to a stop in an upright position.

Anyone with information about the accident is asked to contact Officer Kracher at (916) 492-8589.