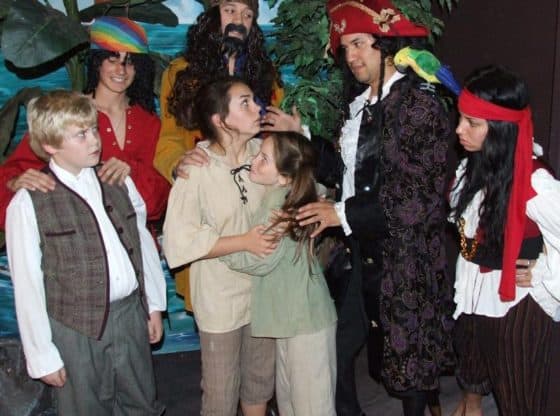 Children who come in costume to Treasure Island this weekend get in for half the regular ticket price with an adult ticket purchase and all children receive Halloween Treats.

Pirates, swords, muskets, flintlocks and cannons abound along with a heavy dose of adventure and laughs guaranteed to entertain all ages. The set, props and costumes are among some of the most intricate and visual ever to grace the Sutter Street Theatre Stage.

The cast ages range from 9 – 72 and features several of your favorite Sutter Street Theatre performers along with some very talented newcomers making their debut on the Sutter Street stage.

Treasure Island runs Saturdays and Sundays at 1:00pm through November 28.  The tickets range from $13 – $17 (remember, half off for children in costume this weekend only) and we recommend calling for reservations at 916-353-1001.  Group rates and Birthday Parties are available.  Call for information.