Police To Use Pedestrian Decoy Operation In Folsom 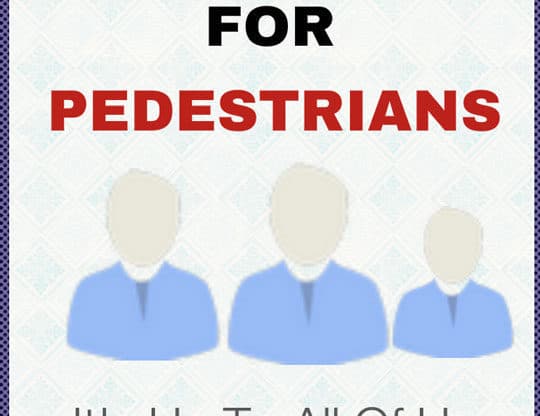 Every hour a pedestrian is injured or killed in California. Pedestrians accounted for nearly one out of five deaths in traffic collisions in 2009 – roughly 58 percent more than the national average

Police are warning pedestrians of upcoming decoy operations targeting drivers who disobey pedestrian safety laws. During the months of August and September, the Folsom Police Department will send out teams on two separate dates looking for violations. The teams will use a police officer in plain clothes to lawfully cross the street, while uniformed officers in marked patrol vehicles will be nearby to stop any driver who does not yield for the pedestrian.

“We hope to not write any citations during this operation “ said Officer Andrew Bates. “We want all drivers will hear about this operation, drive safely and stay alert for pedestrians.” Drivers are reminded that with many schools returning from summer break today, there will be many more pedestrians, particularly in the morning and afternoon.

Although the dates and locations of the operations will not be announced, police will be focused on the following violations:

– Drivers turning right on a red light without yielding to a pedestrian crossing in the crosswalk.
– Drivers failing to stop for pedestrians crossing in crosswalks with flashing warning lights.
– Drivers who do not yield to pedestrians at intersections near schools.
– Excessive speed in areas of heavy pedestrian activity. 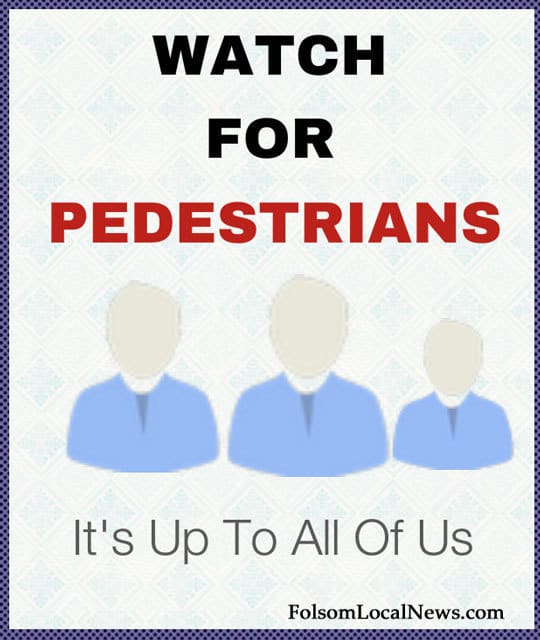 These operations are part of the “It’s Up to All of Us” Campaign, which is made possible by the California Department of Public Health, through a grant from the California Office of Traffic Safety and the National Highway Transportation Safety Administration.

“We are using education and enforcement of pedestrian laws to help reduce the number of pedestrian accidents and injuries in Folsom.”

Organization officials note that one of the campaign’s goals is to motivate people to walk more often and feel safe doing so, citing that many people don’t walk as much as they would like because of safety concerns. “It’s Up to All of Us” is designed to increase awareness of pedestrian safety by providing concrete reminders about actions that promote a safer environment.