On Thursday afternoon, around 2:40 p.m., a man and two women entered “Beverages and More” at 2595 Iron Point Road, near East Bidwell Street in Folsom.

The male placed two large bottles of tequila inside his shopping cart before meeting his two female accomplices at the back of the store. The females placed the bottles inside their empty purses, and the three left the business without paying for the alcohol.

An alert employee had watched the entire incident. He confronted the three suspects inside their red Saturn Vue sport utility and asked for his merchandise back. The male pulled a black semi-automatic pistol, which caused the BevMo employee to flee for his safety. He returned to the store where he called the Folsom Police Department. 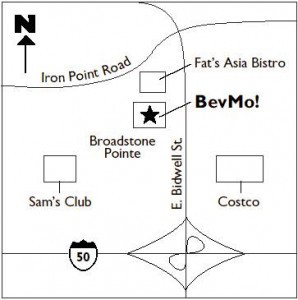 Folsom Police dispatchers sent a B.O.L.O., or a Be On The Look Out, to neighboring law enforcement agencies, and 30 minutes later an El Dorado County Sheriff’s deputy spotted the Saturn on Main Street in Placerville. The deputy, along with Sheriff John D’Agostini, stopped the vehicle without incident and detained its four occupants.

Detectives recovered the two bottles of stolen alcohol and a replica handgun. Andy Gonzalez (19) of Antelope, Nina Perez (35) of Antelope, and Catarina Garnica (18) of Galt were arrested for Conspiracy and Robbery.

The store manager told FolsomLocalNews that the gun was apparently a replica and nobody was injured.

All three suspects were booked into the Sacramento County Jail.

No pictures of the three are available at this time.