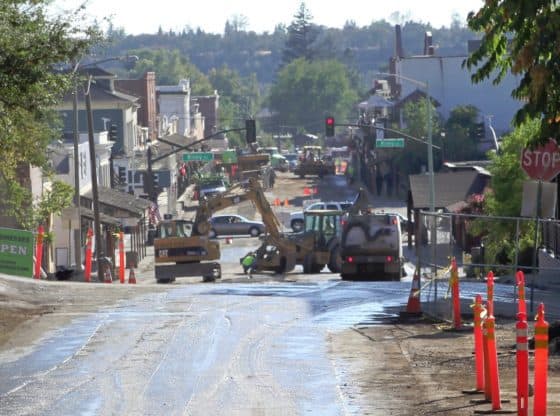 Only 8 1/2 weeks to go until substantial completion!

Next week: On Monday, water lines will be tied in so water will be shut down temporarily, 8 am until 12 pm (at the latest). Also happening all next week, tying in services to each building during the day. They will be working with each business to minimize impact.

Rather than removing the sidewalks and then tying in services, a new method is being used. Now, Teichert will cut through existing sidewalks and temporarily patch up every night. This will avoid drainage issues if it starts to rain in the middle of underground work.

All shed roof removal will be at night, after businesses close. 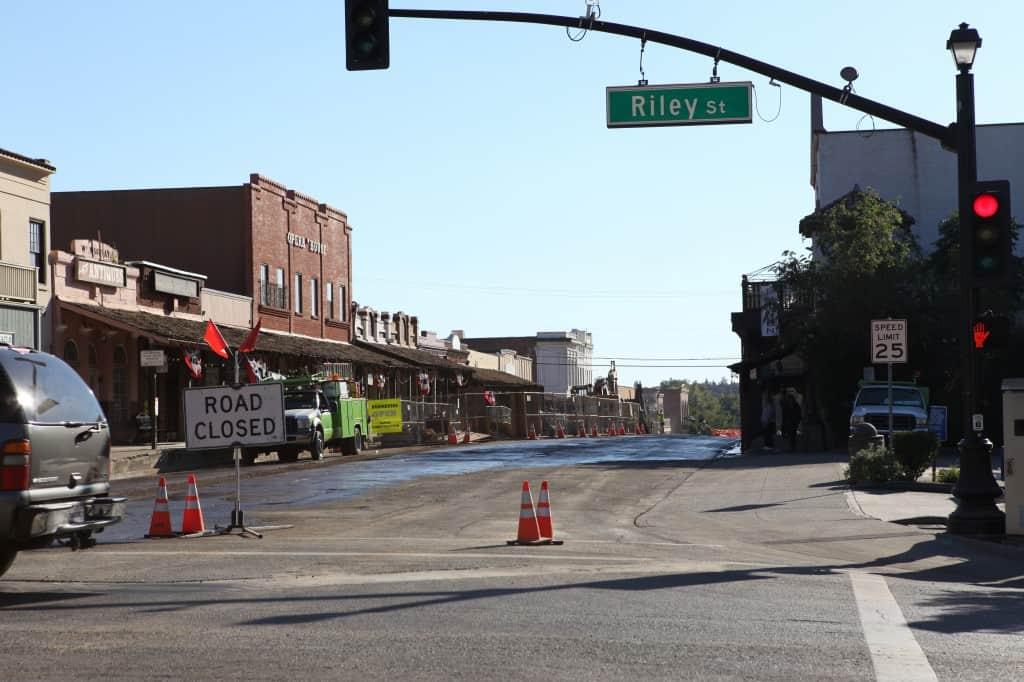 800 block
(There is a lot of action in this block)
This week: Temporary lighting is being put up by Friday. Market (string lights) will hang from poles along the block on the north side and above the ledgers on the buildings on the south side. In addition, Teichert will take down the orange fencing (where possible) on the north side of the street. At night, Teichert is installing a roof drainage system underneath the future sidewalk area on the south side. This is the last thing needed before they can start building the new sidewalks next week. Also at night on Wednesday, the Old Europe shed roof is to be removed. During the day on the north side, they will finish grading the area between the new sidewalk and pavement.

On Thursday, Teichert will demolish the asphalt on the current road, closest to the sidewalk. (This is a continuation of what was done in the 900 block) This area will become the lower level of sidewalk. Also on Thursday, during the day, Teichert will remove Old Europe’s sidewalk. Hop Sing basement repair will continue through the end of next week.

Next week: Begin grading and concrete sidewalk work on Monday, working day and night. The new timeline shows all upper level sidewalks completed in the 800 block by 10/8. 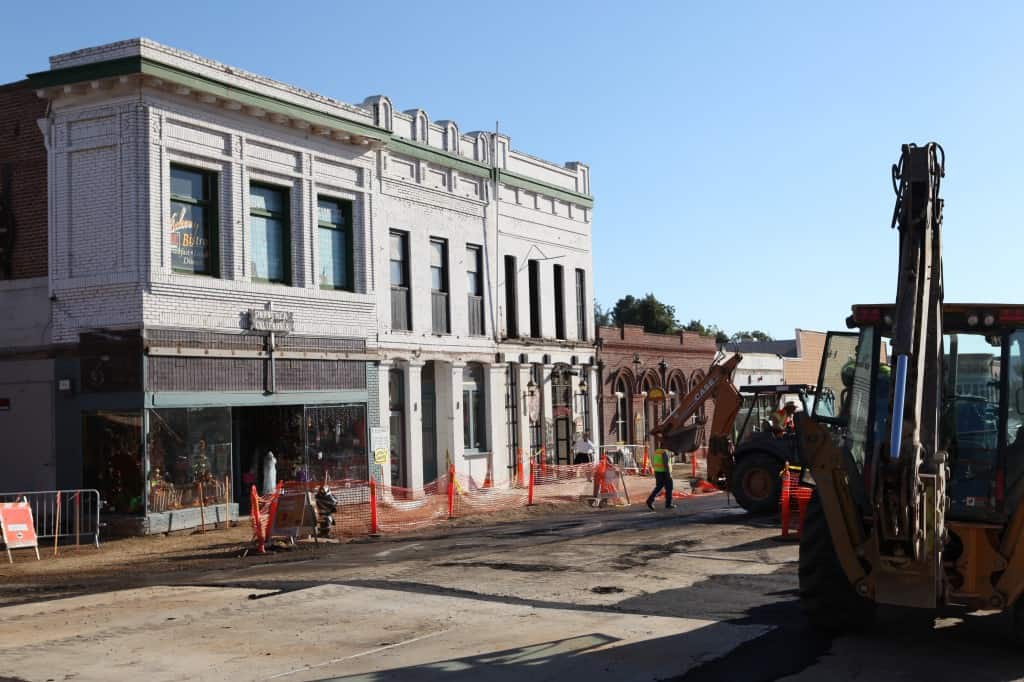 900 block:
This week: On the south side, Teichert has removed the asphalt where the new lower sidewalk will be located as well as the new driveway at the telegraph. They will be grading and forming for concrete in this area for the rest of the week.

Next week: On the south side, Teichert will form and pour the remaining concrete for the new lower sidewalk and telegraph driveway. The driveway will need a week of cure time prior to cars driving over the new concrete. All paving is scheduled to be completed in the 900 block by October 4!

Next week: Forming and pouring concrete.