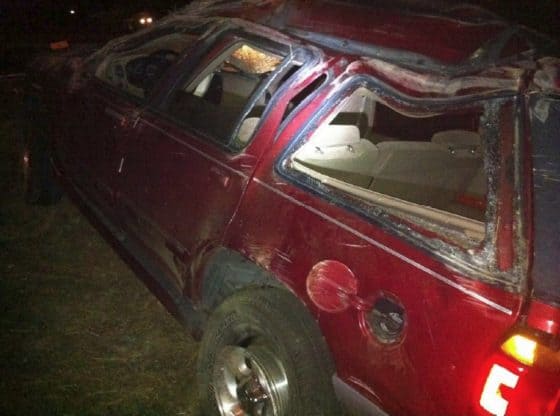 At 11:40 pm Folsom Police dispatchers began receiving telephone calls from residents of the Lexington Hills and Hillcrest communities of Folsom regarding a rollover accident. When officers arrived in the gated Hilllcrest community a few minutes later they found two males and one female juvenile, ages 16 to 17 years, ejected from the crushed 1997 Ford Explorer sport utility.

As the four juveniles were transported to area hospitals, the investigators discovered broken bottles of Jack Daniels Whiskey, marijuana, and marijuana paraphernalia among the debris field caused by the vehicle rolling several times in a succession of empty, down sloped home sites. 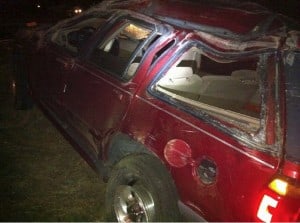 As the investigation unfolded, it became apparent that alcohol and possibly drugs had been a factor in the single vehicle accident.

The juvenile driver only suffered minor injuries, but was arrested for driving under the influence of alcohol and/or drug causing serious injury (23153 CVC) and booked at Sacramento Juvenile Hall.

The Folsom Police Major Accident Reconstruction Team (MART) responded to investigate the collision. Lt. Bryan Sather said the vehicle had been traveling northbound on Heritage Place at a high rate of speed when the unlicensed driver swerved onto the eastern sidewalk losing control.

Tire marks suggest the driver crossed over the center of the roadway and continued across the western sidewalk and onto the empty sloped home sites. The vehicle rolled northbound in the empty lots parallel to the roadway and came to rest upright across from 782 Heritage Place. He said it appears only the driver was wearing a seatbelt.

As of 3:30 am the victim passengers’ medical condition had been upgraded to serious. Names of the victims and suspect will not be release because of their ages. Two pages of pictures are attached. 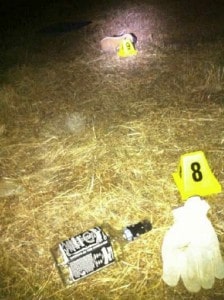 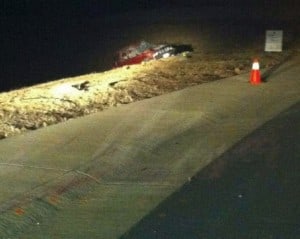